Distracted By Music When You Drive?

Those of us who work to diminish distracted driving repeat the refrain of not texting and driving. But are other songs putting us at risk when drive? Arizona State University recently did a report on the dangers of listening to music while you drive. Before you worry about losing your Ed Sheeran or Adele, ASU learned it was not the listening that was the problem. 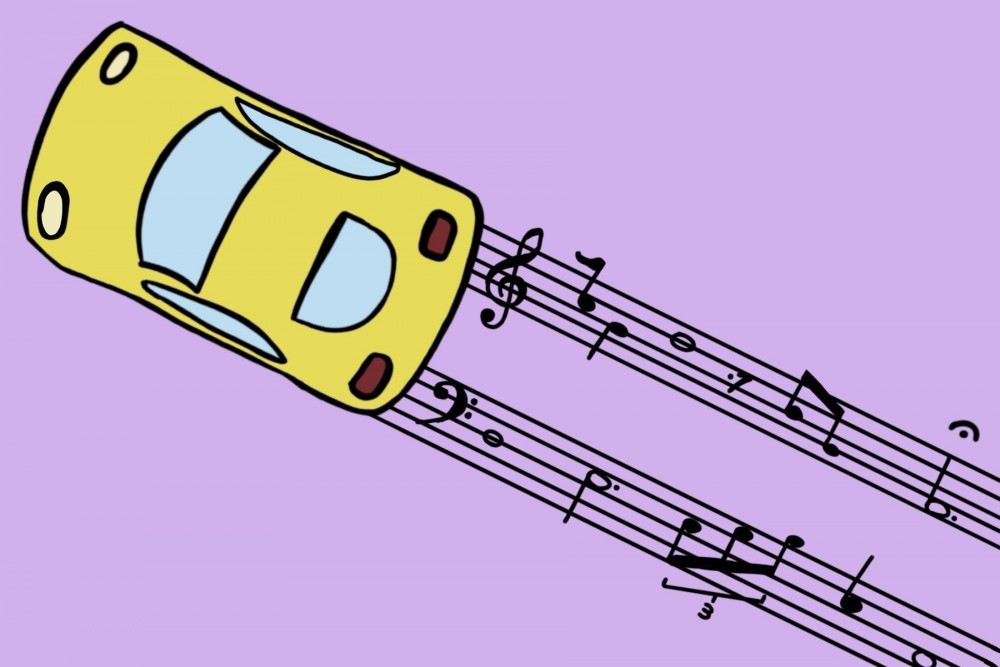 “At the moment, we spend a lot of time focusing on technology when we talk about distracted driving and that’s everything from obviously being on the phone and talking, to texting itself and now also (music) in the car,” Diana Bowman, associate professor at ASU’s Sandra Day O’Connor College of Law, said. “Music has traditionally been a part of the driving experience, so people don’t necessarily think about how that might impact their driving and their awareness of the road.”
Many people nowadays have the option to connect their phones to their cars via Bluetooth or an auxiliary cord. Furthermore, with so many music streaming apps and playlists available on our phones, more and more people are straying away from using the radio.
Many people prefer to browse through custom playlists to find the perfect song because songs on the radio are either overplayed, or not catered to society’s segmented tastes. It is these options that cause music playing to become distracted driving. One study  done on the ASU Campus found that young people who listened to music while driving have a higher likelihood of distraction and oversight.
Done safely, listening to music in the car through streaming apps is not a problem. It only becomes a problem when we keep glancing at our phones to sift through songs or continuously skip through a playlist.

This can especially be a problem during frustrating traffic jams when people will often try to find solace in listening to music. But finding that right song to express your road rage, or to calm you down from the road frustrations is where people can run into trouble. The searching for, and then become focused on finding and singing that song or playlist is less focus you have on the road during the hazards of a traffic jam. Not only did the participants in the study lose on focus on other vehicles while seeking comfort in a song, they often did not notice pedestrians they were not expecting in that traffic situation.
Continuing with the ASU study, “When we look at student population, especially students around the campus, music can be a huge distraction that takes their attention away from other road users,” Bowman said. “Whether it’s singing along with music in your car, or even if you’re on your bicycle and you have earplugs in listening to music, you can be focusing more on the enjoyment side of the music rather than focusing on the cyclists and skateboarders and other road users around you.”
The only way to fix this issue is to take the initiative and become more conscious drivers.
“A really good first step is to encourage all drivers to be aware of their surroundings at all times,” Bowman said. “It’s important to do that because things happen so quickly on the road and can have dramatic, sometimes deadly consequences.”
“We can’t depend on laws against texting while driving to help us with all distractions. Although it would be ideal to pass such laws, it’s not always easy to do so.
“Other activities in the car (like) listening to music, it’s a lot harder to the get evidence needed to pass the legislation to restrict those activities,” Bowman said. “I think this is where more focus has to be on the individual and the individual’s behavior in the car rather than thinking legislation can solve this, so paying attention and being aware of where you are relative to other road users is a very important first step.”
At the end of the day, you don’t have to give up Raggae or Jazz to be a better driver. Just remember that when you want to hit the skip button or scroll through your playlist, you could potentially be putting yourself and others at risk.
Driving is already dangerous and unpredictable – music should not perpetuate its risks.