Fleet Managers: Do your drivers follow the 3 Second Rule? 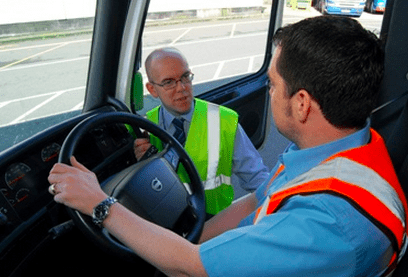 Have you heard about the 3 second rule?

No, not the questionable rule observed all those times you dropped the last cookie or piece of candy on the floor (that’s the 5 second rule by the way, but who’s counting). The 3 second rule is a simple traffic safety guideline that easily prevents thousands of collisions (and near collisions) everyday. Fleet managers, have your drivers follow this simple rule to help keep your drivers (and vehicles) in top working condition:

During the day when roads are dry and the traffic volume is low, drivers have an easier time discerning the safest distances between vehicles. The distance will change at different speeds, and can be determined by selecting a fixed object on the road ahead such as a streetlight, tree or bridge. When the vehicle ahead of the driver passes the object, the driver slowly counts “one Mississippi, two Mississippi, three Mississippi.” If the driver reaches the object he or she was focusing on before completing the slow count to three, they are following the vehicle in front of them too closely, and could potentially not be able to stop in time if the vehicle were to suddenly stop or slow down.

In wet weather, heavy traffic and at night when it’s foggy and/or the roads are wet, drivers should double the three second rule to six seconds to account for lowered visibility conditions on the road and prevent possible collisions.

In very poor weather conditions due to a heavy rain snow, or in conditions where there is very heavy fog and visibility is considerably hindered, fleet managers should encourage drivers to use extreme caution by tripling the three second rule to nine seconds or more until a safe distance between your driver and the vehicle in front of them is determined.

Fleet Managers beware! Be sure to warn drivers about the dangers of tailgating! If a driver follows the vehicle in front of them too closely, the action could be perceived by other drivers as “road rage,” and could prompt an attempt to retaliate against your driver due to the perceived aggressive behavior. Additionally, most rear end collisions are caused by tailgating, so urge your drivers to avoid tailgating at all costs by using the three second rule or promptly switching lanes to allow a tailgating vehicle to pass when operating company vehicles, or using personal vehicles to conduct company business.