Is a Driver Texting? Check his Speedometer! 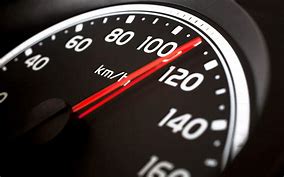 SmartDrive Systems, which completed a video analysis of fleet drivers, reports that drivers who speed are more than twice as likely to text when they drive. Other distractions of speaking on hand-held phones, accessing apps, eating and grooming were all greatly increased by drivers who were observed speeding.

The San Diego-based firm, SmartDrive used a database of more than 220 million analyzed and scored driving events in their latest SmartIQ report issued in April 2018. The report examined numerous types of driving infractions, noting that speeding was the best indicator of other bad behaviors.

The report found that speeders are 54% more likely to cross the median or center line of the road, more likely to fail to comply with stop signs and red lights, and more likely to engage in unsafe lane changing, merging, passing and braking.

It has been surmised that this escalation of fatalities is due to the now ubiquitous use of smartphones. The National Safety Council also cites that 1 out of every 3 accidents on our roadways have smartphone distractions as a contributing factor. This may be an underreported number, as many police reports do not cite or do not know the role a cell phone played in a vehicle accident.

Fleet vehicles and company cars use telematics to try and monitor the speed of drivers. Fewer companies utilize technology, such as FleetMode, to block use of smartphone by drivers when they drive. Though companies may know who are the offenders in speed and distractions, not all companies are willing to take the steps needed to curtail these dangerous behaviors.

This study was recently reported by WBBM news radio station in the Chicago area. After reading the SmartDrive report, FleetMode CEO, Stan Van Meter added, “We were not surprised that drivers who speed would also be the ones who text and drive. Maybe if we can stop them from using their cell phones, it will also cause them to speed less.”

FleetMode, an industry leader in preventing texting and driving, by blocking cell phone distractions. It used by the second largest fleet in the U.S., as well as many smaller companies. A study done by a major telecommunication company showed that FleetMode reduced accidents in their fleet by 31%. Reducing distractions will reduce accidents