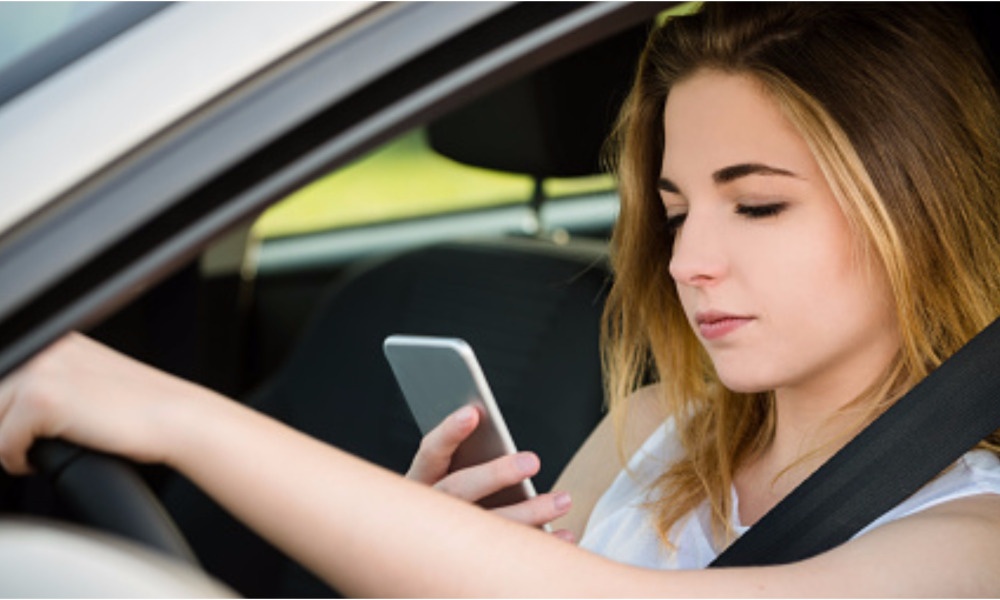 In 2015, Mahoning Valley in Ohio did a study about drivers who don’t pay attention to the roadway. It included additional information from The Eastgate Regional Council of Governments.

The study uses two staff people placed at 12 strategic locations across the region that have high visibility, and high traffic volumes. The staffers then take notes on how many drivers are using their phone, looking away from the windshield, eating or drinking, or appear otherwise distracted.

The study breaks a myth that younger drivers are more frequently distracted. Its conclusion surprised many people. Women aged 26 to 40 were the worst offenders of distracted driving, with nearly a fifth of all women drivers in that age range seen not focusing on the road. These “Mom” aged women, often had passengers who contributed to their distractions.

According to the study, throughout all 12 locations surveyed, 16 percent of all drivers were observed as distracted; more than half of all distractions were attributed to cell phone use. However, of reported crashes, only 8% were attributed to distracted driving. Safety Program Manager, Bethaney Krzys said, “the difference is most likely due to the fact that people don’t want to admit to driving distracted.”

Krzys admits that the data is not infallible, saying in the study “The data, while not completely accurate due to the method of collection, will provide insight into who is distracted while driving, what a driver may be distracted by, and how prevalent the issue is in our local communities.”

Business analyst, Robert Hughes, has stated, “as businesses seek to do more with less, there is pressure on employees to increase their productivity. Employees need to seek downtimes and try to make them filled with tasks. If they use to do only thing before, they feel pressure to do many things in the same time frame.”

Unfortunately, that pressure means a task that should require complete focus, such as driving on our roads, now becomes an area where people try to multi-task.

That is the one common area between the “Moms” and the employees who end up being are a larger percentage of the distracted drivers, is the need of both to “multi-task”. But does their productivity reduce the safety of our common roads?