Starting Oct. 1, a new law in Oregon will affect drivers for using their cell phones with their hands. It can be texting, or navigating, dialing a 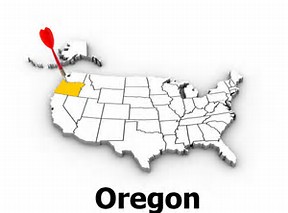 number, or even to refuse an incoming call. Simply seeing a phone in their hands is reason enough for law enforcement to pull over a driver.
Those convicted of a first-time distracted driving offense (which does not contribute to a crash) face a minimum fine of $260, with a maximum of $1,000. Repeat offenders will face steeper fines and as much as a year in jail.
The new law makes it illegal to drive in Oregon while holding any electronic device, including cell phones, tablets, navigation devices or laptops. Only Hands-Free devices are allowed under the new law. Gov. Kate Brown signed the bill into law Aug. 2.
There are exemptions for making medical emergency calls, truck drivers who are following federal rules, two-way radios used by school bus drivers, utility drivers, police, fire, ambulance and emergency vehicle operators when they use it as part their employment.
Oregon law enforcement agencies are working to prepare patrol officers for the October 1 change. Law enforcement officials labeled the number of distracted driving-caused crashes an epidemic and said the changes would clarify the law, remove ambiguity and take into account changing technologies.
The courts may suspend the fine for first-time offenders if the driver completes an approved distracted driving avoidance course within four months. Although the fine would be suspended, the violation would still remain on the offender’s driving record.
In Oregon, on average, more than 11 people die in distracted driving crashes each year, and over 2,800 are injured, according to the Oregon Department of Transportation.