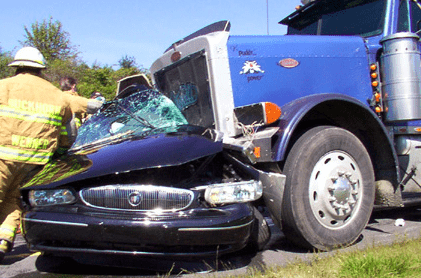 The National Highway Traffic and Safety Administration’s latest Traffic Safety Facts reported some frightening fleet collision statistics fleet managers may not have noticed when the report was released in 2012. Although it’s no surprise that collisions involving large trucks can be very serious and sometimes fatal, fleet managers should be aware of these alarmingly high numbers when developing and implementing safety plans.

Here are some alarming fleet collision statistics pulled from the NHTSA’s report:

With statistics like these, fleet managers need to take every precaution in keeping drivers safe out on the road. To help keep your fleet safe, create a written cell phone safety policy and sign up for FleetMode, the simple app that silences phone alerts and sends automatic replies when the fleet vehicle is in motion. For more information on fleet safety and the FleetMode app, visit our website.