A Lenawee Intermediate School District Tech Center student was awarded with a personal scholarship as well as a $2,500 award for his Audio/Visual class after winning a national contest with a video he created about the dangers of distracted driving.

The student, Jayr Otero submitted his video, titled “Is a Text Worth Your Life?” to Courageous Persuaders, an organization that educates teens about the dangers of texting and driving. To Otero’s surprise, his video won the State Farm Fan Favorite award for the 2015 competition out of 1,117 entries! 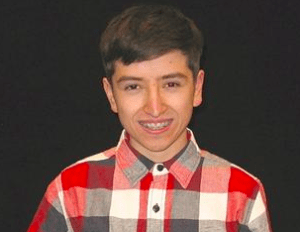 I was surprised,” he said. “I still can’t believe I won.

Otero’s video followed a teen driver texting his friend, letting him know he’s on the way over. While the teen is texting he causes a crash, ending his young life in an instant. When the teen never makes it to his friend’s house, the friend jokingly asks if the teen is still alive, unaware of the the grim consequences of the original message.

Otero plans to use his scholarship at either the Lansing or Detroit locations of the Michigan Film Connection trade school through Recording Radio Film Connection program. We hope more young people start speaking out against distracted driving, and commend Otero for his amazing work!