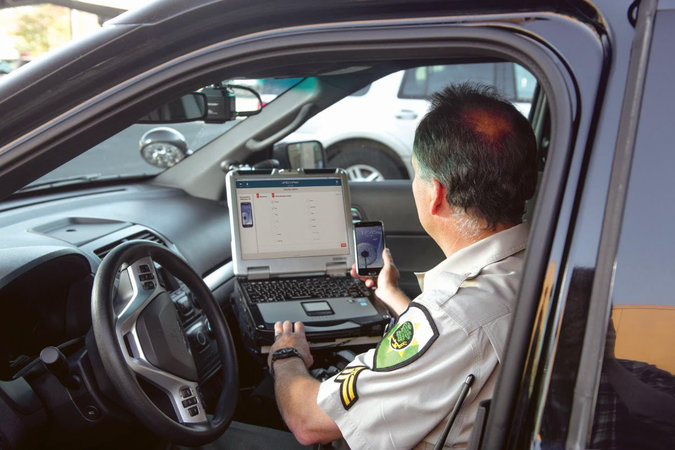 The new statistics on texting and driving continues to show drivers are unable to put down their device while driving, creating an even larger need for a fleet management solution that addresses this exact problem. Despite the very public campaigns such as #itcanwait or the celebrity endorsements toting the campaign line, distracted-driving accidents appear to be getting worse. In order to combat this steep increase a new push across state legislatures has been a strong emphasis on more punitive actions and creative uses of technology. For anyone who hasn’t had the opportunity to read the New York Times this week they recently posted an article highlighting a new device that could potentially find it’s way into the hands of New York state police officers. This device known as a “textalyzer” is built to give officers a way to check and see if an individual had been texting and driving prior to an accident, much in the same way a breathalyzer can check to see if a driver had been drinking. In theory the textalyzer would be carried by an officer arriving at the scene of an accident. The officer would approach both drivers and ask to see their cell phones, which the officer would then directly connect to the textalyzer. The tool would tap into the phones operating systems and bring up a record of recent activity including texts, emails, phone calls, or any other activities that may be considered a potential accident cause. In conjunction with New York state law, refusal to hand over phones could result in a suspended license, identical to the current protocol for refusing a breathalyzer. Not only would private citizens be required to use the textalyzer but all commercial drivers as well, making a fleet management solution that counteracts temptation critical.

While this kind of scenario may sound far fetched and an invasion on privacy, New York legislators have already taken up a bipartisan bill to enact such a law. Its not hard to imagine every state eventually following suit with New York and adopting similar proposals. The reality could mean even small fender benders would fall under scrutiny of the textalyzer, building a bullet proof case for potential litigating attorneys. The push towards more restrictive legislation designed to “catch” multi-tasking drivers is only getting more aggressive, raising the standard for companies who employ drivers. The entire attitude can be summed up in the words of Democratic Assemblyman Felix Ortiz who is sponsoring the bill: “people are going to be more afraid to put their hands on their cellphone”. Parallel to that statement, it could be argued companies will also be more afraid. In order to head off the potential adoption at the pass, every company should have a comprehensive Fleet Management Solution that addresses distracting phone activity.

Rather than adding three more expensive corporate lawyers to the roster put together a proactive plan that builds upon an existing cell-phone policy. Included in that plan should be a Fleet Mangement System designed to prevent drivers from accessing their mobile devices. FleetMode is one such system that addresses the increasingly difficult problem of stopping drivers from utilizing their phones while they are on the road by silencing all incoming alerts and preventing the use of the keyboard while the vehicle is in motion. Drivers are physically incapable of answering text messages, emails, and social media effectively taking away any temptation on the road. In addition FleetMode has the ability to send all calls directly to voicemail. A fleet management solution such as FleetMode eliminates the potentially expensive risk posed by drivers not complying with existing corporate cell-phone bans or policies. With textalyzer poised to be the newest tool against texting and driving it’s imperative to establish an encompassing fleet management system that ensures guaranteed compliance. For more information on the complete FleetMode fleet management solution check out our website at www.fleetmode.com