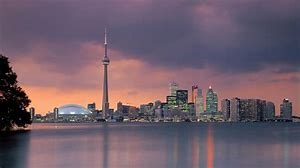 Texting while driving has cause an unacceptable level of texting and driving accidents for the Canadian province of Ontario. As a result, they have made major changes in the penalties for distracted driving. Already passed, enforcement was to begin in September, but because people still do not drive safe, officials have already started enforcing the new rules.

First-time offenders will be receiving with a three-day suspension as well as a $1,000 fine. For a second offence, the punishment is seven days without a licence and a $2,000 financial penalty. After that, the penalty will include a 30-day suspension, $3,000 fine, and six demerit points to the driver’s record. Penalties for those who drive trucks and buses are greater; a 30-day suspension for the first offence, 60-day for the second offence, and loss of licence for the third.

It is important to note that officers will not be allowed to seize driver’s licences on the roadside. Only after the driver has been found guilty and through a judge’s approval will the licence be suspended. A link to a government website explaining the legal definitions of all terms and the penalties is https://www.ontario.ca/page/distracted-driving

In addition to the above fines, drivers who endanger others because of any distraction may also be charged with careless driving under the Highway Traffic Act or dangerous driving under the criminal code.
Employers are seeking ways to help their employees who drive as part of their job from engaging in texting and driving. A company holds a portion of the liability if an employee is involved with a texting and driving accident while on the clock. To reduce their liability and to keep their employees safe, more companies are using anti-distracted driving technology like FleetMode.

For fleet management, FleetMode offers a solution to block usage of a driver’s cell phone when the car is in motion. FleetMode silences all alerts, redirects incoming calls to voicemail, and locks the keyboard to prevent the use of apps and texting. It is also an alternative to GPS fleet tracking, as it provides fleet management with drivers’ position and accountability.

Ontario is Canada’s most populated province with approximately a third of the drivers. If Ontario sees a reduction in texting and driving accidents, then expect the other provinces to also increase their penalties. Will the U.S. be far behind?