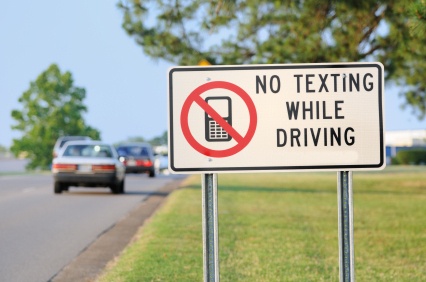 This month’s blog is actually an editorial/article that our CEO Stan Van Meter wrote for the Kent Reporter newspaper in Kent, Washington. It is to published later this month – http://www.kentreporter.com 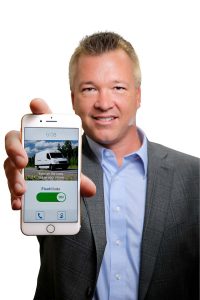 On Sunday, July 23, 2017, a tougher distracted driving law with increased penalties will go into effect in Washington state. What will it mean for you and your family?

The Washington legislature, in the hope that stricter fines and penalties will deter unsafe behaviors, passed a bill in April to go into effect in 2019 to diminish distracted driving. Governor Jay Inslee signed the bill but moved up the law’s effective date to this month. Here is a quick guide of what the new law covers. See if you ever do any of these soon to be illegal activities:
Not Allowed
• Drivers may not use hand-held cell phones. No texting, reading messages, scrolling social media sites or talking on the phone with the device in hand.
• Drivers may not use hand-held cell phones while stopped in traffic or at a stop light. This includes tablets, laptops, games and other hand-held devices.
• No viewing videos or taking photos while driving.
• Distractions that interfere with safe driving such as grooming, smoking, eating or reading is prohibited and can result in a fine.
Allowed
• Drivers can use hand-held devices when they are parked.
• Drivers can use their device if they are contacting emergency services.
• Hands-free use, through Bluetooth for example, is allowed.
Fines
• Using a handheld device while driving is considered a primary offense under the new law (you can be stopped just for being seen holding your phone). The first ticket will cost at least $136. A second ticket within five years will cost at least $234.
• Distracted driving violations will now be reported to insurance companies to use.
• Drivers can get a $99 ticket for other types of distracted driving, such as grooming, smoking, eating or reading, IF they are pulled over for another traffic offense.

The Oregon Legislature has also approved a new, stricter distracted driving law as well. The Oregon Senate approved and sent to Governor Kate Brown, a measure that forbids drivers from touching any electronic device and imposes much higher fines for violations. If caught once, a driver can take a distracted driving course to remove the citation from their driving record. A second violation, however, could result in a $2,000 fine while a third violation could have a driver facing not only a big fine, but jail time as well. Governor Brown still needs to sign this bill.

With their joint history of tech innovations, Washington and Oregon – are now also updating laws to keep up the side-effects of that new technology. Remember, these heavier penalties do not PREVENT people from distracted driving. They only penalize people who ignore the new laws.

Rather than raising more funds for the state through fines, FleetMode saves businesses the cost of a third of their accidents. Not only are dollars saved, but accidents and crashes are reduced and most importantly, lives are saved.

One final note on these legislative changes. Does Washington or Oregon do anything to prevent their state employees from using their phones while they drive? Employees can take pledges and make promises, but if the state would provide the technology that would prevent the distractions and add managerial accountability, more state employees would be safer drivers. The states want to penalize the citizens, but are they are they willing to lead by example with their own state fleet vehicles?