You Don’t Have to Catch Them All! 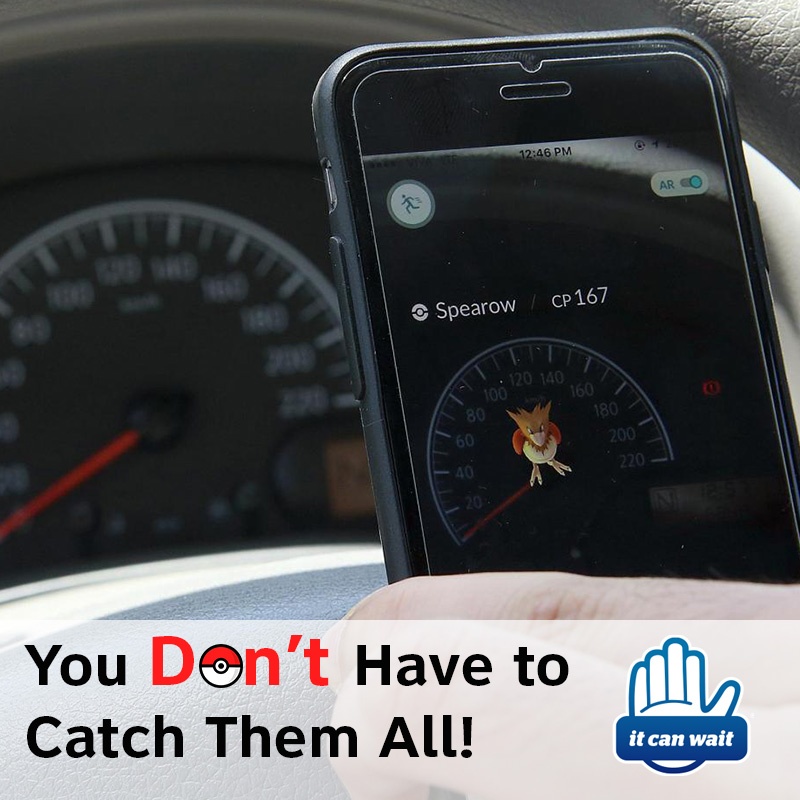 There are some things in life that need to be carefully explained, like which wire to cut on a ticking time bomb. Other things require much less cognitive effort. Frankly this post feels unnecessary. Do I really need to tell people not to play a game while they are driving? I thought that was just plain common sense but once again I was faced with another news story that proved common sense is not equitably distributed. On Tuesday night in Auburn, NewYork police responded to the scene of serious crash where a driver had swerved off the road and crashed his car into a tree. The driver admitted to playing the addictive game Pokemon Go during the time of the incident leaving so many of us to wonder… really? Fortunately the driver was not seriously injured but the fact still remains distracted driving can come in many forms.

I first heard of this game through the typical chatter around the water cooler and at the time I remember thinking how neat the concept sounded. I was further introduced when my brother showed up at the gym the next morning with his face buried in the screen, spinning three hundred and sixty degrees around the bench press trying to find a pidgeotto. Luckily my ability to lift heavy weights is about as terrible as my ability to distinguish Pokemon characters and I didn’t need a spotter, but the point was proven how deeply focused the application drew in the user. The really interesting component to this entire phenomenon are the implications for future game developers. Consumers have proven a love for virtual reality (of sorts) and as a result game makers are closely observing so they too can replicate the success of the Pokemon Go model. As more games are published that engage the user into another fictitious world we must ensure we stay grounded in reality while on the roads.

Overall I am always a proponent for new technology and cool applications that offer a unique experience to users. The one caveat I stand firm on is anything that hinders the ability to drive safely on the roads, should be turned off while driving. If the game proves too tempting there are some great free apps that will automatically disable the game while your on the road. One which is particularly effective is AT&T DriveMode. If that doesn’t suit your needs then there always the good old fashion trunk. So while Pokemon Go seems like a great game full of interactive fun I must ask users once again to please avoid driving while playing the app. Like texting and driving, Pokemon hunting (if that is even the correct term) is better left out of the vehicle. After all do you really have to catch them all? Sure you do… Just not while driving.